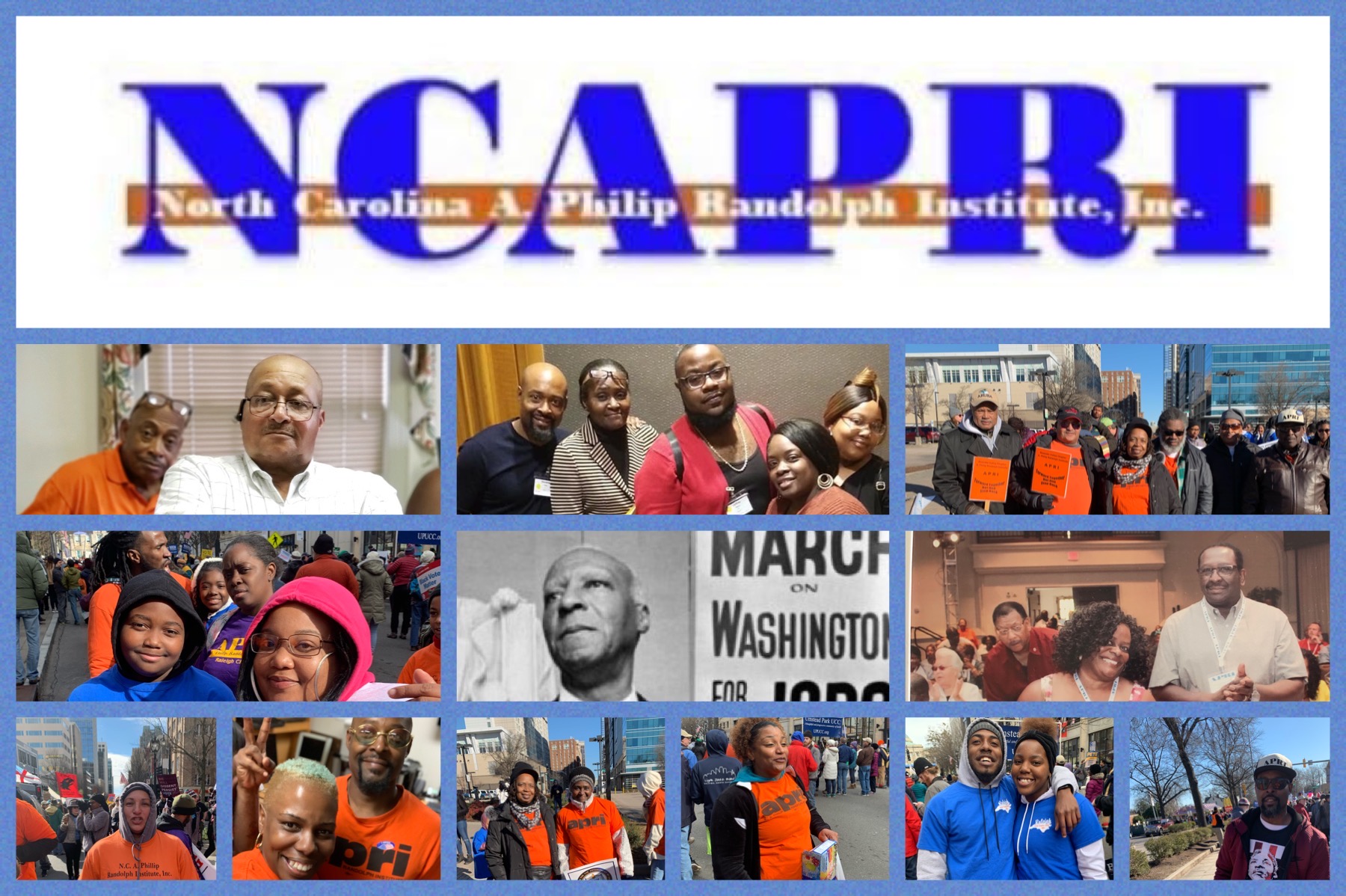 The mission of North Carolina A. Philip Randolph Institute is to improve the quality of life for economically disadvantaged families by providing the necessary resources that improve their standard of living, foster self improvement, self empowerment, and self sufficiency. 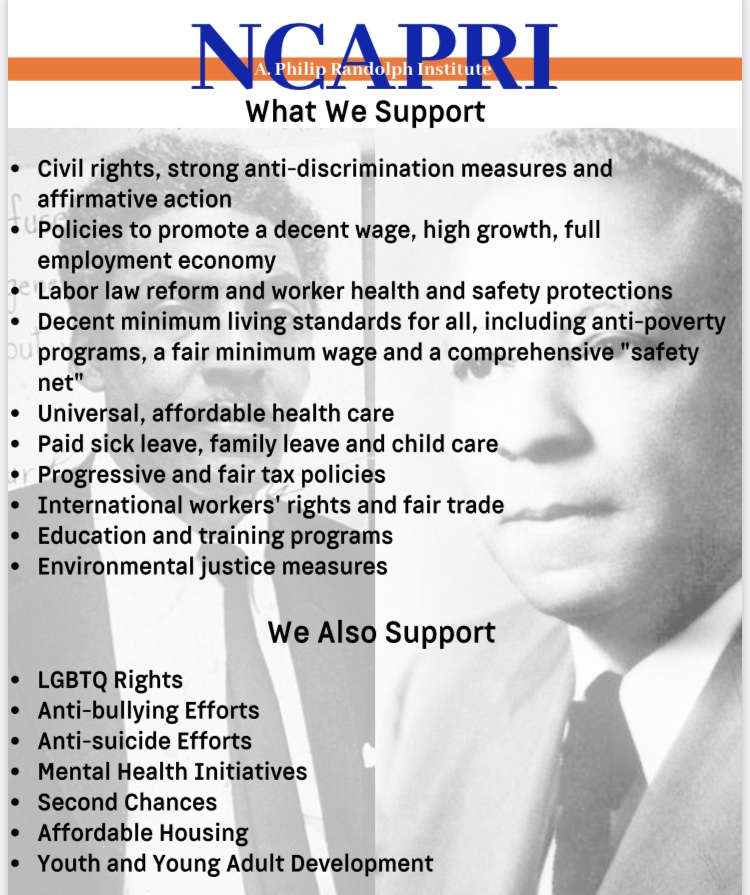 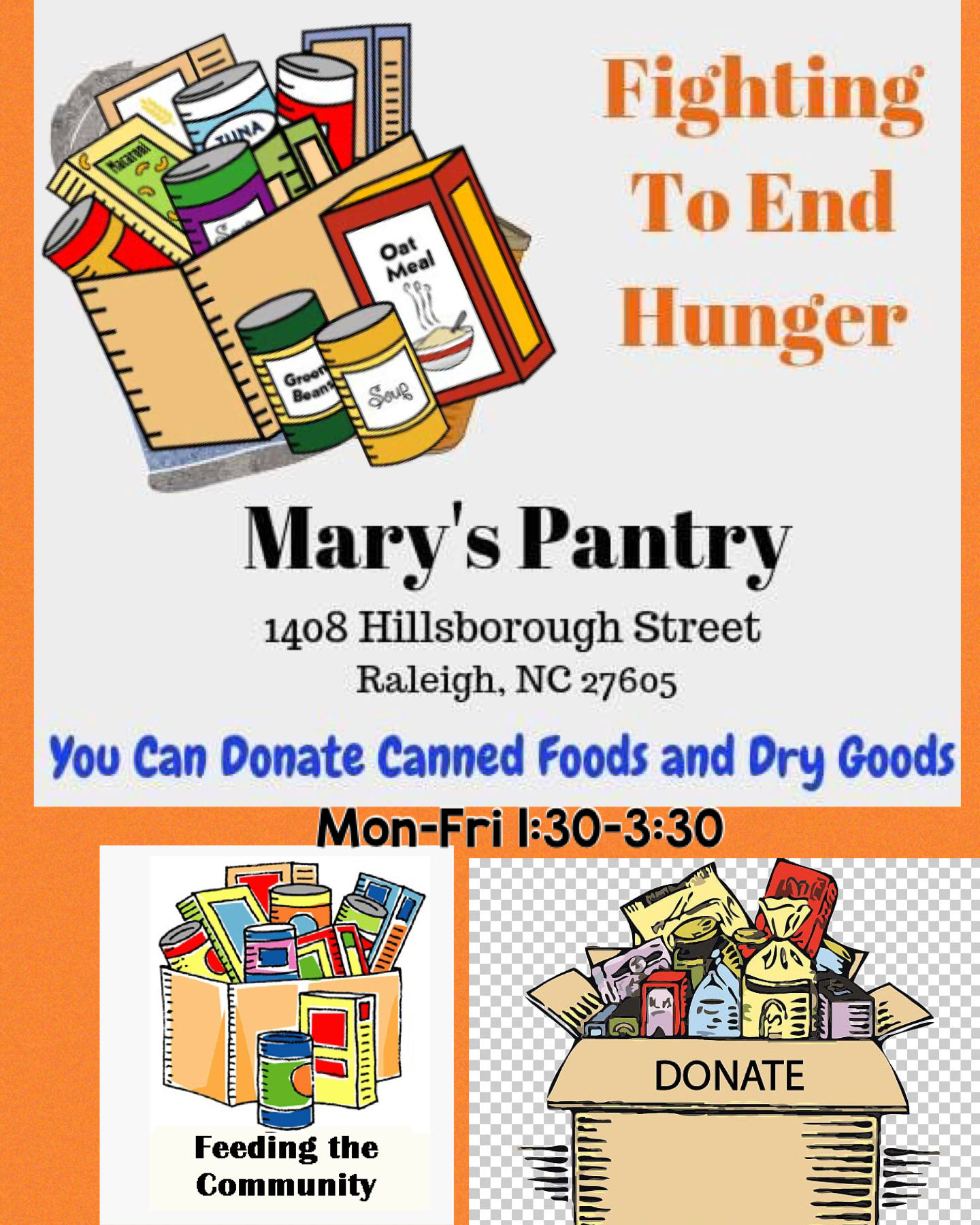 Hit this link to make a donation to Mary’s Pantry today….

They recognized that blacks and working people of all colors share the same goals: political and social freedom and economic justice. This Black-Labor Alliance helped the civil rights movement achieve one of its greatest victories – passage of the Voting Rights Act, which removed the last remaining legal barriers to broad black political participation. Inspired by this success, Randolph and Rustin founded A. Philip Randolph Institute in 1965 to continue the struggle for social, political and economic justice for all working Americans. APRI is an Organization of Black Trade Unionist and Community Activists to Fight for Racial Equality and Economic Justice for all

Today, APRI is led by President Clayola Brown whose vision and energy has sparked a new beginning for our organization and for the movement as a whole. Clayola Brown began serving as President of the A. Philip Randolph Institute, located in Washington, D.C. in August 2004–the first female to serve in this role. 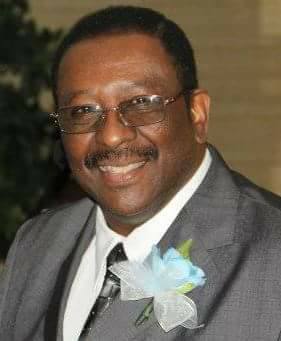 In December 2019, Wayne Bostick was elected the President/ Board Chair of North Carolina A. Philip Randolph Institute, Inc.

NCAPRI is a public charity that only engages in activities that are permissible under Internal Revenue Code section 501(c)(3). NCAPRI does not and will not intervene in political campaigns and will only engage in activity that is permitted for Section 501(c)(3) organizations. All NCAPRI activities will be strictly non-partisan.  In addition, NCAPRI activities will not be coordinated with any candidate, political party or other partisan entity.

with a little help from Grass Roots Press, Inc.